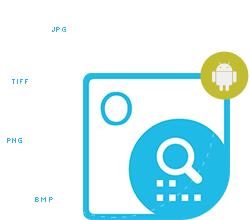 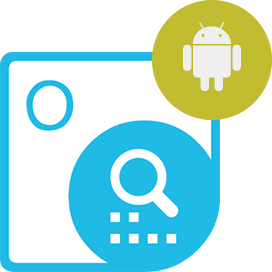 Aspose.OCR Cloud Android SDK provides the capability that enables your Android applications to use optical character recognition and document scanning functionalities without requiring the installation of any 3rd party software. It is platform-independent and is accessible through Web API that’s why helps developers to build cross-platform applications without any additional cost.

Aspose.OCR Cloud Android SDK has provided a complete set of features for working with popular raster image file formats from within their cloud applications. At the moment the SDK supports the most commonly used raster image formats like JPEG, PNG, GIF, BMP, and TIFF for reading and extraction of text. Once extracted you can save and export it t to TXT, PDF, or OCR formats.

Extract and recognize text from images via OCR

Recognize text from the whole or partial image

Specify portion of the image from which to extract text

Return the response in XML or JSON format

Recognize English, French or Spanish text from the image

Aspose.OCR Cloud Android SDK allows software programmers to read and perform OCR operations on images on Android devices. You can use a camera device to capture the image and use the Android cloud API to recognize and extract the text from the image. Once the text is extracted, you can save it as well as can use it inside other applications like PDF documents, emails, word processors, and many more.

Aspose.OCR Cloud Android SDK allows software developers to read poor quality scan images and documents inside their Android apps. It is based on cutting edge neural networks algorithms and produce great results with less effort. With just a couple of lines of code, you can make your application read poor quality scans and correct images with low resolution, noise & low contrast by automatically enabling image pre-processing.

It’s normally recommended to use an accurately positioned image for carrying out Optical Character Recognition (OCR) operations. So if the input image is skewed the orientation of the images must be adjusted by rotating it. Aspose.OCR Cloud Android SDK is now using an advanced image skew correction algorithm that helps engineers to perform an automatic skew correction to straighten images and recognize characters on the image with just a couple of lines of code.

Aspose.OCR Cloud Android SDK allows software developers to perform OCR operations on the selected area of an image as well as on a complete image in the cloud. Developers can specify the areas of interest by selecting it using rectangles. Once selected you need to provide a complete image path and the array of a rectangle.